September 14th and 15th 2021 the EU Horizon 2020 Opportunities project held its first hybrid speed-up meeting. The mission was to enrich the notion of 'a Level Telling Field', the key concept of Opportunities. The glossary, a work of co-construction between all partners, and a introduction into the results of the survey on use of media and the attitudes towards migrantion were presented. The partners who will develop the Cross Talks (see Manual and Glossary on this website) presented methods they will use. The core of the policy briefs on the language of the EU on migration and integration also was discussed. And there was time for networking and relaxation with a glass of German beer.

The "level telling field" concept challenges the notion of integration. Can we honestly say that everyone in our society is integrated? Even natives don't feel fully integrated; they often feel excluded. Think about the poor, LGTB's, people with a handicap, ..., and people with an ethnic-cultural other background. The notion of integration, speaking of migrants, is then an obscure notion. The "level telling field" concept challenges again this talk about and concept of integration.

The glossary brings these several challenges together in one booklet.

The research on narratives and attitudes and media brings some refreshing thoughts. The more newspapers/television channels people read/see, the more people are open to an inclusive society. The preliminary conclusion is that the limitation of news sources in itself is enough to have a polarised vision.

The partners of Opportunities showed how they want to realise the Cross Talks. Several methods were presented. They feed the manual, which you can find on the website.

Several working papers on the narratives in EU docs were presented. These will be released in the coming months. These papers discuss how the EU has used a changing narrative on migration and integration.

After two days of hard working and debates, everyone was happy to have a glass of good German beer or German Wine in an Indian restaurant. 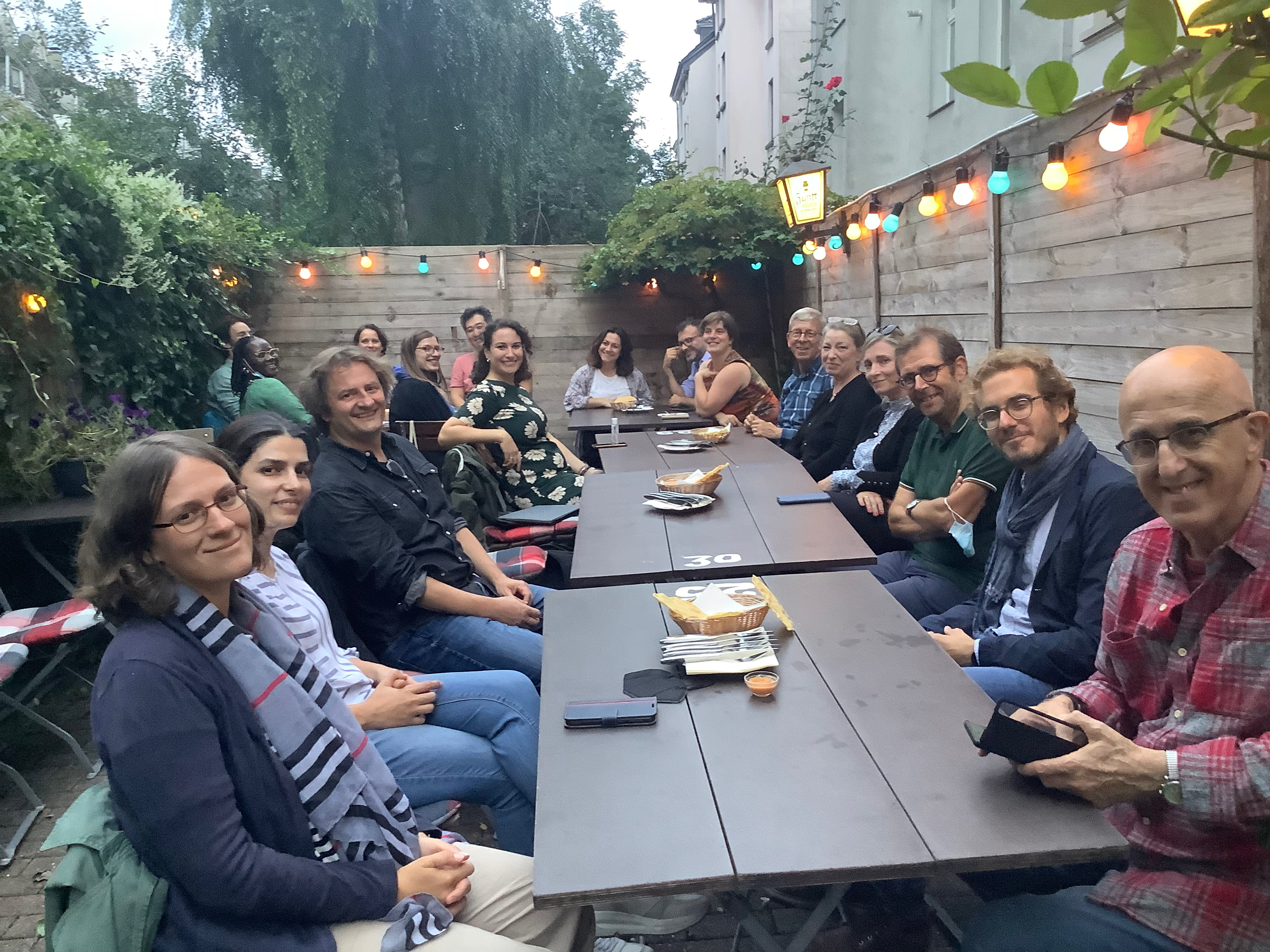